VREC recently completed installation of a garage-mounted grid-tied photovoltaic (PV) system in East Vancouver.  Many houses on our numbered avenues have east and west-facing rooftops with shade from trees on the boulevard. In some instances, roof height and southern exposure are still adequate to catch a good deal of the sun’s solar radiation throughout the day.  In other instances, the garage is a viable option for maximum solar exposure.  Not only are garages set back from major shade structures, but they also provide a number of advantages such as easy rooftop access, convenient and simple wiring options, lower wind load, and hip roofs which allow at least some of the modules to face due south.  Such advantages make for more affordable installations, with greater overall production.

The owners of this particular array plan to charge an electric car from their garage.  While the PV system technically feeds the Hydro grid, which then powers the car charger, the net result is effectively a solar powered vehicle.  A Nissan Leaf charged exclusively from this 3 kW system in rainy Vancouver could travel, on average, at least 43 km per day.  Not bad for a back-alley rooftop! 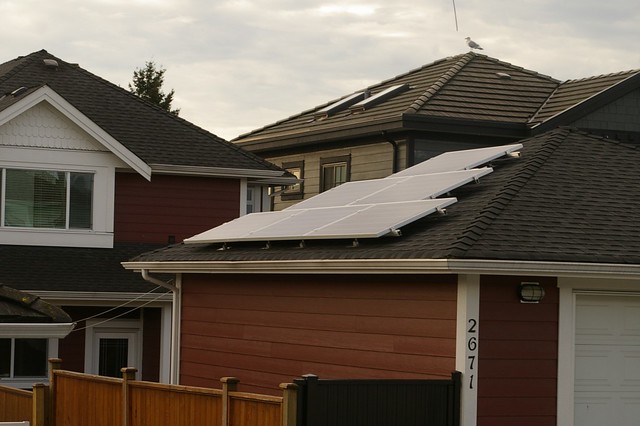 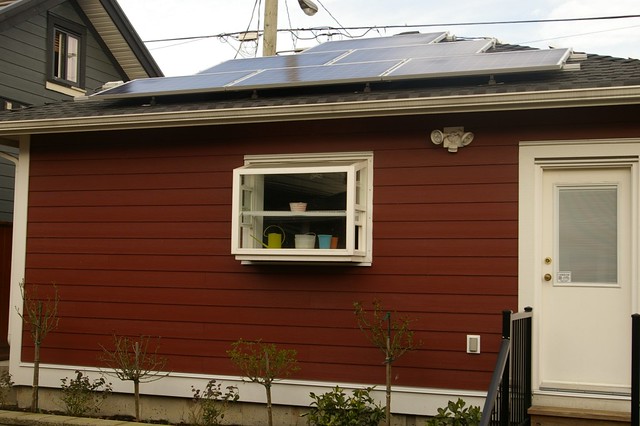 View production information for this system online at: https://enlighten.enphaseenergy.com/pv/public_systems/G3w2558164