Solar Leasing in BC

Vancouver Renewable Energy (VREC) now offers a leasing option for systems sized from 20kW – 100kW. The lease functions as a power purchase agreement (PPA) with the payment determined by the actual electricity generated. You only pay for power the system produces. 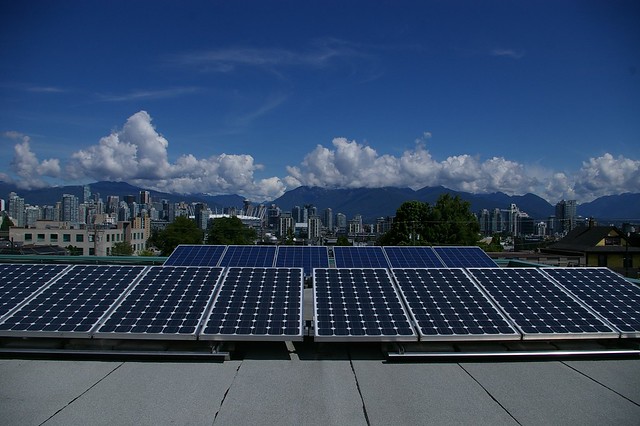 For buildings seeking LEED certification, these systems may qualify for the On-Site Renewable Energy Credit (EAc2). The initial annual lease cost would be equivalent or less than the cost of obtaining the credit for off-site renewable energy through REC purchases. The cost of the lease will not rise as fast as BC Hydro rates, and as a result, the lessee will save money in subsequent years.

Buildings not pursuing LEED certification would initially pay a premium for the green power. But in the long run they will also see savings from the electricity produced by the photovoltaic system.

What is the rate that I would pay?

It varies from $0.14 – $0.16 / kWh depending on the size of the system and other factors.  Please contact us for a more accurate quote.  Rates in Zone 2 (non-integrated areas) would be higher.

As a building owner I would be paying a premium for electricity.  What are the benefits?