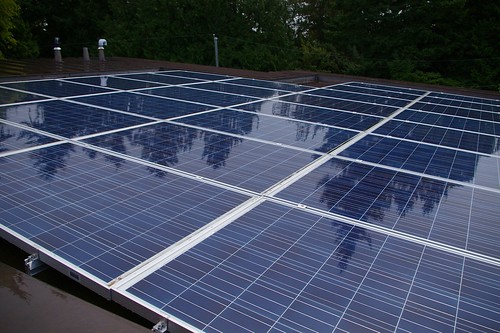 Vancouver Renewable Energy (VREC) had another record breaking year in 2013 for solar photovoltaic systems installation. VREC brought on-line over 45 kW of grid-tie photovoltaic power in 2013. Not only was this amount higher than any other year it was more than double the previous annual total.

We have been installing solar energy systems in BC since 2005. The photovoltaic systems installed over the last nine years have generated over 160,000 kWh. That is enough energy to power over 5,000 homes for a day. In addition to the photovoltaic systems VREC has installed solar thermal systems. Combined all of these these systems have broke the 200,000 kWh mark this year.

Photovoltaic systems generate electrical power from sunlight. Most of the systems installed are grid-tie and fall under the BC Hydro net-metering program. This means that energy is primarily used on-site but any excess power can be fed to the BC Hydro grid for credit.

2014 is going to be another exciting year for VREC. We will be introducing a leasing program for commercial customers and a community-owned solar energy project.