BC Hydro to raise rates paid for renewables 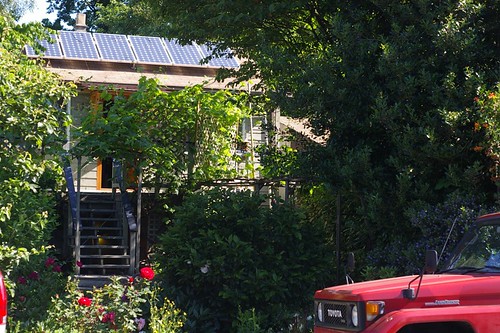 BC Hydro has applied to raise the rate paid for electricity generated under the net-metering program.  This means that owners of solar photovoltaic, wind or micro-hydro energy systems will receive more for the excess energy they produce.   Under the proposal rates will rise from 8.16 to 9.99 cents per kWh.

It is important to understand that this amount is just applied to the net excess annual amount of electricity generated above what is consumed.  For typical systems most of the power generated is offsetting electricity at the rate paid to BC Hydro.  Thus the net-metering program does not offer the benefits of dual-metering programs such as the Ontario FIT program.  The Ontario program also pays significantly higher rates.

In the BC Hydro application to the BC Utilities Commission they have also asked to reduce the paperwork requirements for the net-metering program.

If you would like to learn more about how you can participate in the program and help add clean power to the grid please contact us.  Over the past seven years we have helped dozens of customers install systems under the BC Hydro net-metering program.